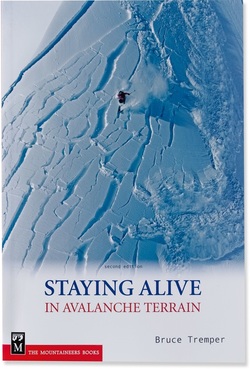 Staying Alive in Avalanche Terrain is the bible for backcountry education.  Venturing into the backcountry is something that shouldn't be taken lightly and the more knowledge you have then the better.  This book is a good source of info and is explained in an easy to understand way, you get get as detailed as you like.   Practise with transceivers should be done as often as possible, but use this book as a guide. 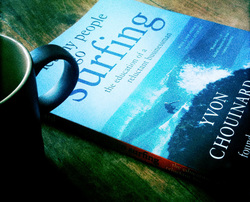 The story of Yvon Chouinard and his quest to save the environment though his outdoor clothing brand 'Patagonia'.
This is a fantastic book about a man who's passion for the outdoors led him to design and build much needed equipment for his sport.  He didnt know it at the time, but it was the start of a truly amazing life.  Patagonia are know for being an amazing place to work.  A very inspiring book! 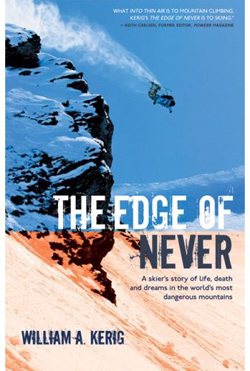 The Edge of Never is both a book and a film.  I read the book first, but actually found that watching the film was just as good.
In the 1980's and 90's Trevor Peterson was one of the stars of big mountain skiing, gracing the covers of many magazines. In 1996 on a trip to Chamonix he is sadly swept of the mountain in an avalanche and killed.
This is the story of Trevors 15 year old son Kye Peterson(now one of the best skiers in the world) and how a decade later he goes to Chamonix to ski the run that killed his dad.  Guided by one of Trevors friends, Glen Plake, he learns how to ski big mountains and travel safe in the mountains.

This may sound like a cheesy Hollywood plot, but its actually a very good story and captures perfectly the band of brothers that is forged in the mountains and how a community is created.